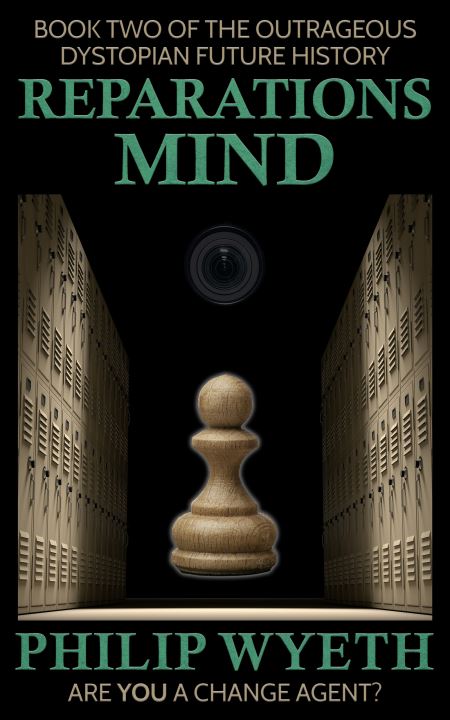 Election Season, 2028. The War for Dignity has begun!

The government is reeling after hackers took control of the massive database used by the Historical Reparations Administration. As panicked techno-refugees flood its gates, the rising Church of Modestianity offers sanctuary from the surveillance state. Facing an uncertain future, the cast of “Reparations USA” returns to discover that often the greatest doubts come from within.

From the corridors of power to inner city pain… From schoolyard lessons to the trappings of fame… “Reparations Mind” is the darkly comical journey into a world where virtue signaling has become the religion of an entire generation. Buckle up and prepare to dive in, because Philip Wyeth’s irreverent satire has belly laughs… touching moments… and even a prescient vision for the future!