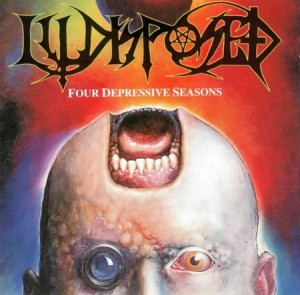 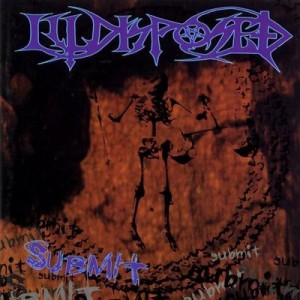 As a little change of pace I thought I would start a new column that delves into some brief musical commentary highlighting exemplary work by some of my favorite bands. It’s been 15 years since I put my underground metal zine to bed so let’s see what happens…

Hailing from France and spearheaded by brothers Frank Kobolt and Corrosive Bob, Symbyosis burst onto the metal scene in 2000 with a truly visionary piece of extreme metal on their debut album “Crisis.” Elements of progressive metal and epic guitar solos by Kobolt turn to the dark side as death metal blast beats and Bob’s harsh rasps entwine the whole into a compelling work that despite its contrasts always maintains its musicality and intelligence.

Before their final double-album “On the Wings of Phoenix” was released in 2005 the group honed their skills on 2002’s breathtaking “Life is a Phoenix” EP and the virtually unknown 2001 “Voyager” single. I explore that 7-minute epic today.

From the outset all the classic Symbyosis elements are here: a hint of mechanized riffing and drums driving the pace, tasteful keyboards providing support beneath, then off into precise and showy lead work from Kobolt that retains purpose and forward motion throughout. An atmospheric bridge allows us to catch our breath before a glorious moment is achieved as both groove and warmth soar into a payoff from 3:50-4:25 that’s like watching a majestic dawn on a silent morning.

But we’re only halfway through the song now and if you can keep up with the relentless creativity you soon find yourself in an ever-changing swirl of percussive riffs, aggressive barks, counterpoint lead layers, and finally the band’s first delicate use of female vocals that would figure prominently in later songs. But this is only another interlude before Kobolt brings us home with his final flourish laid on top of a damn catchy syncopated rhythm guitar part. His confidence as a player and joy as a composer are on full display at the 6:18 mark where he picks apart his fretboard like a veteran marksman taking out easy targets for show.

An adventurous and truly fulfilling piece, “Voyager” is a prime example of everything that is right about extreme metal, a genre that has sadly strayed from its unwritten charter of creativity without rules into just another business, where the bands are brands and merch sales figures must meet expectations.

Because today’s big bands like Amon Amarth and Opeth just phone it in album after album—themselves having lost the fiery inspiration that once put them on the map with groundbreaking albums like “Once Sent from the Golden Hall” and “Orchid,” respectively—I decided to write this column as an antidote to such blind reverence for mass-marketed mediocrity.

Back before the internet you had to do a lot of work to track down that obscure band from Finland that was doing something different, and you were silently allied with thousands of other likeminded guys on the same quest. Access to YouTube has allowed today’s younger generation of metalheads to quickly take a survey of the early death and black metal scenes that once took my generation years to experience. I absolutely do not begrudge this development, but I do believe the spirit has been lost in the change of venue away from the careful and passionate discovery process involving underground radio programs and fanzines.

So to hell with incorrigibly boring bands like Lamb of God, turd factory extraordinaire and purveyor shoddy guitar tones! There are a lot of amazing metal bands out there who never quite hit the global radar and I hope to recognize some of their artistic achievements here in this column.

Exhibit A: Symbyosis. Verdict: Life sentence in my collection!