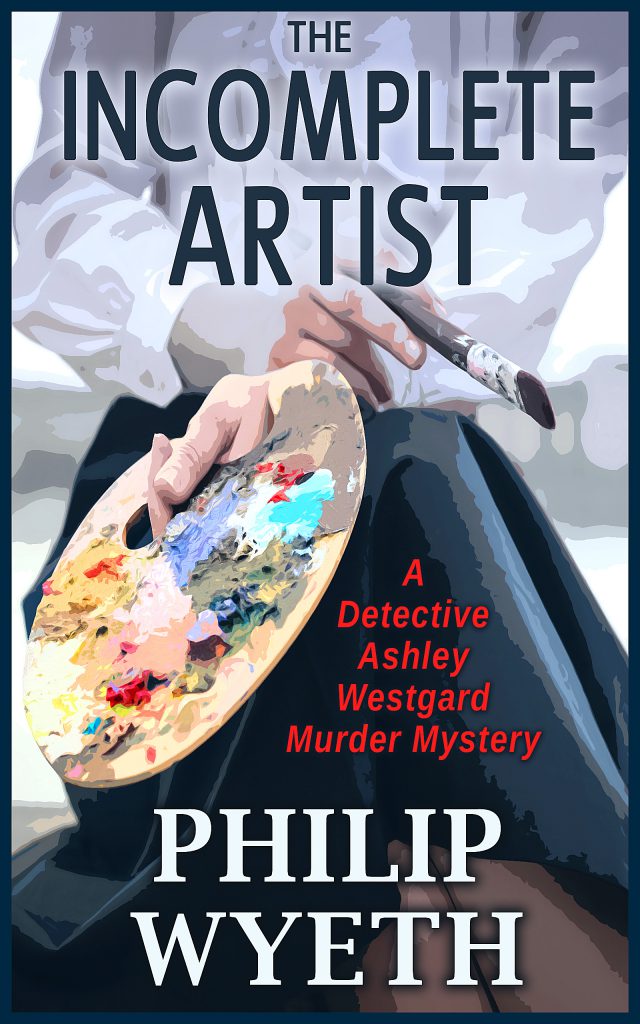 The Incomplete Artist
My seventh novel, published on March 12, 2021.

An evening at the art gallery… The clinking of wine glasses… The hopeful thrill of a first date… But someone has murder on their mind!

All that Detective Ashley Westgard wanted was a night off—and maybe a little romance later on. But when a body is discovered during an event with dozens of wealthy art collectors in attendance, her fairy tale dream turns into a nightmare for everyone. Now Ash must put her hopes on hold, flash her police badge, and take control of the crime scene…

“This is my gallery now!”

In the hi-tech world of 2045, where even artists are threatened by the encroaching tide of automation, a self-proclaimed anachronistic group called Movement 24 both asserts and defends the value of human creativity. But along with popular acclaim come the temptations of greed, and now M-24’s idealistic quirks risk crossing over into fanaticism. Or… have they already gone too far?

While Ash explores this peculiar niche of society to track down a killer, she is also forced to confront some of her own worst flaws. Her heart, her mind, and her instincts all vie for center stage in a battle of conflicting priorities—but can the pursuit of truth and justice coexist with personal ambition and the quest for contentment? An intense, complex, and enigmatic heroine, Ashley Westgard is well on her way to earning a place in the pantheon of famous female sleuths.

Here, in his seventh novel, author Philip Wyeth once again delivers a full-immersion experience complete with polished prose, vividly drawn characters, and an imaginative plot. As always, he balances his prescient visions with touches of humor to remain grounded and digestible for readers.

With The Incomplete Artist, Wyeth offers more than the average murder mystery through a unique blend of police procedural, fairy tale, science fiction, and psychological elements. At the same time, it is very much a treatise on the philosophy of art, and pays tribute to artists of all stripes who engage in that noble and often lonely struggle to bring their creative visions into the world.

This is Book Two of the Ashley Westgard series, but was written as a standalone story. 49,000 words. The series website is OasisDefect.com

“If something so terrible could happen here, then maybe no corner of the world was safe from the horrors which were Ash’s stock-in-trade…”